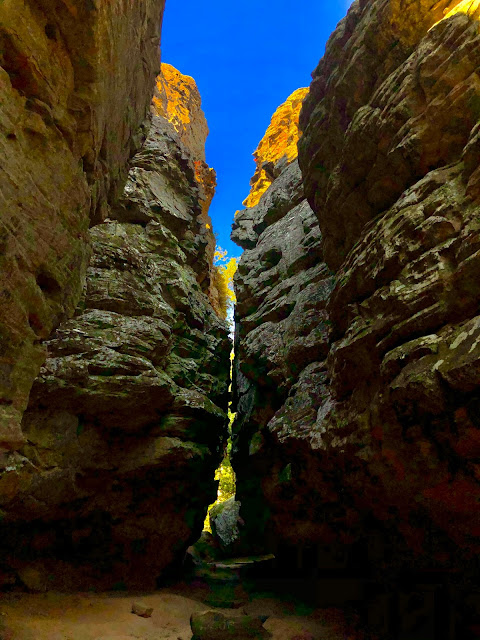 Bear Cave Trail located within Petit Jean State Park in Arkansas, is a short trail (. 5 mile loop) down to a cave and some awesome rocks/boulders/formations to climb and explore. Legend has it that in this cave the last Black Bear to be killed in the park was shot here. The cave itself is about 8 feet deep, 10 feet wide....would have been a great hibernation den for a bear. I found the cave to be cool to see....but it was the rock formations created by erosion that was most interesting. 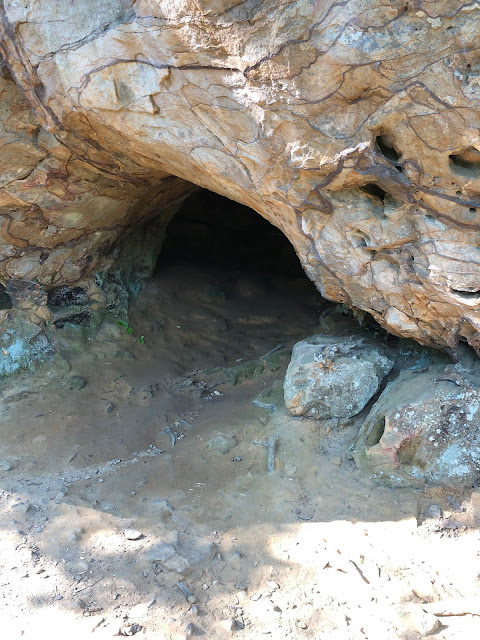 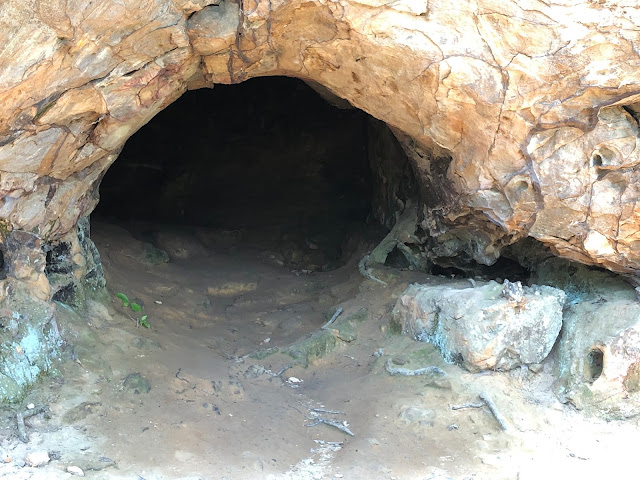 Bear Cave on the Trail

The rock formations provide ample and mostly safe climbing to the top to see across a valley. There are numerous passageways between these large formations, most 20-30 feet in height, some of the cliff area higher and impassable for climbing. 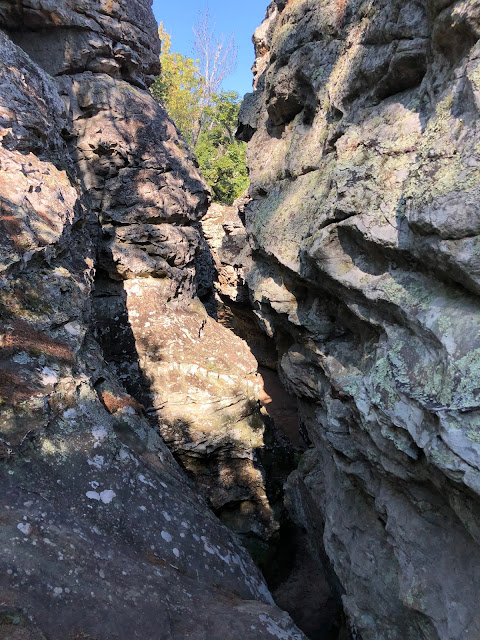 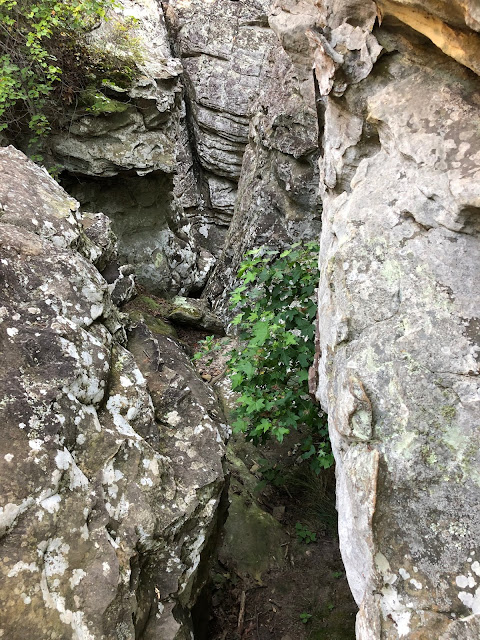 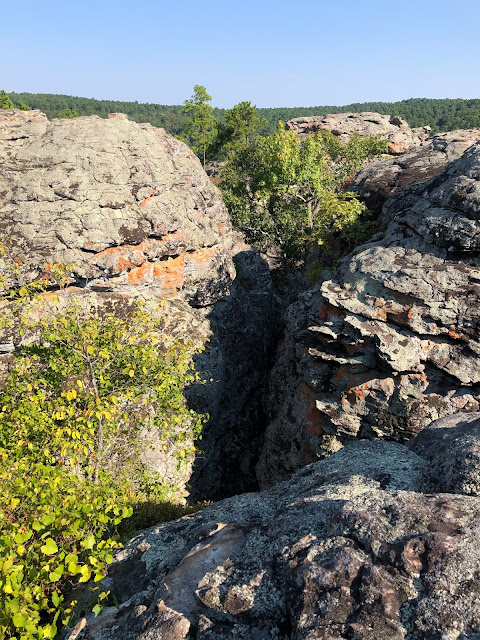 Rock Formations, Bear Cave Trail
Although a short hike, this is a great place to climb early in the morning and sit on a formation and eat breakfast while taking in the valley and sights. Kids would love the rocks to climb on, and as noted earlier there are plenty here that are safe to scale. 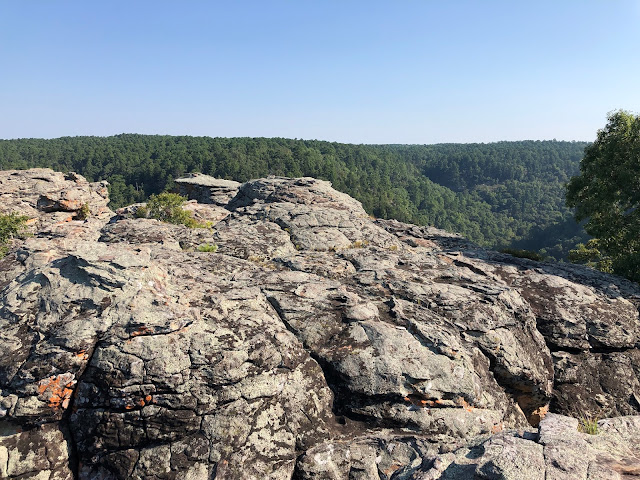 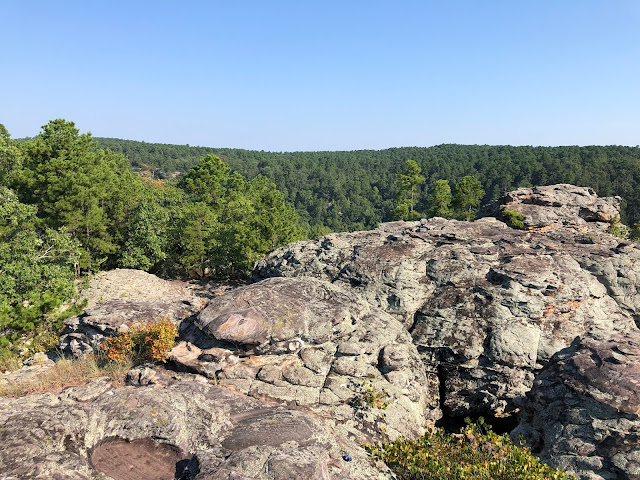 Atop Rock Formations at Bear Cave
So while at Petit Jean State Park take some time and enjoy this short loop. It's near other trails in the park, so maybe this will be your morning warm-up!
-Mike

Popular posts from this blog

September 15, 2020
ENO DoubleNest Hammock, Red/Grey I bought the ENO DoubleNest Hammock at Cabela's a few months ago and have used it quite a bit. I use this hammock for day trips and overnights.  First, I'm so glad I went with the DoubleNest. It's more comfortable if just hanging my legs over the side and leaning back than a single hammock. Additionally....when I lay on my side in this hammock (yes, you can do that comfortably in a double!) the sides fold over the top, nearly putting me in a comfy cocoon! I've thought to get a couple clamps to keep the flaps closed, keeps it so warm when doing overnights.  It's a very breathable material (Nylon Taffeta, whatever that is...) so you stay comfortable lying in it when it's warm, down to about 60 degrees at night. Below 60 I'd recommend a sleeping bag and/or under-quilt. It will handle 400 pounds and is 9 feet long, plenty of room. I suppose you could sleep two in it, but I've not tried, loner as I am. :) The hammock weighs
3 comments
Read more

August 25, 2020
Natural Bridge, Seven Hollows Trail, Petit Jean State Park, Arkansas Visited Petit Jean State Park last weekend, what an absolutely beautiful park...well-kept throughout, very friendly and helpful rangers....and the trails, wow! One could easily spend a week here and not have the time to take in all of the Ozark's finest splendor. Primitive camping is frowned upon here so I camped at site #98, a very wooded site that is very deep and secluded if you are a hammock camper as I. Water and Electricity are available at all camp sites at Petit Jean.  The first trail I'll review is Seven Hollows Trail. One must drive to it from the campgrounds and ample parking is provided. The trail is listed at 4.5 miles, but with side trips and spurs you'll easily get over 5 miles in. It's not an easy trail with many elevation climbs (my AllTrails recording showed 636 ft of Elevation Gain) and rocks, I'd say moderate rating. There are two points of interest that most people hike for, th
Post a Comment
Read more